While it’s well known that Richard Branson is many things—successful entrepreneur, space tourism pioneer, business visionary—what’s not so well known is that he is also an accomplished tennis player.

In fact, Richard says that his big dream growing up had nothing at all to do with business, it was playing on Centre Court at Wimbledon—the epicenter of the tennis world. Each year, he sponsors the Necker Cup, a pro-am tennis tournament that brings together top professional and amateur players to raise funds for charity.

A few years back, I had the opportunity to play tennis (informal, social) with Richard Branson on Necker Island, the private Caribbean island retreat he built to get away from the hustle and bustle of his vast business empire (and, sadly, devastated in 2017 by Hurricane Irma). If you’ve met Richard in person, you know that his overall persona is one of adventure, fun, warmth, cordiality, and social responsibility, and certainly that was the atmosphere created within the gathering of leaders I had been invited to.

While I won’t say I greatly impressed Richard with my tennis skills, I will say that I took away some key observations and lessons from that match. Here are three that left the greatest impression on me.

Create fun, let others feel at home. It doesn’t really matter what people’s skill level is, people should feel they can participate and enjoy creating in an engaging atmosphere. Fun is a big part of what we want in life. We want to feel included, engaged, and that we can play.

Play can also be an important part of work. In fact, it’s a powerful way to reset, bring out our most creative self, and make us feel connected to one another. As Richard explains, “I see work as just one part of life and it is certainly not more important than play. They are two sides of the same coin.”

2. Focus when it matters

Even though the overall spirit of our match was fun and lighthearted—Branson smiled often between points—make no mistake about it: he was very focused when we were actually playing the game. I was impressed with his ability to quickly and seamlessly flex between these two states of mind: relaxed and fun, but also focused and on point. This ability to pivot in real time is as important for success in business as it is for success on the tennis court.

Showing up in the moments that matter means we can relax and enjoy the process, and also dig in when we truly need to.

After I played a tie-breaking, one-on-one with Branson during our match, I wanted to perform well. But no matter how hard I tried, I seemed to be continuously off balance or behind. After he beat me (7-0), Richard gave me a big smile and said “Don’t worry, mate. I play twice a day with a coach.” Branson understands the power of learning and mastering his craft—it’s the way we grow. Says Richard about his coaching sessions, “I ask lots of questions, and I am not afraid to look foolish by asking seemingly obvious questions—sometimes they get the most useful answers.”

When we do something over and over again, we lose our care and attention for it. However, when we bring intentionality and honor to what we’re doing, each action, no matter how small or big, can be an expression of our excellence. And, ultimately, that’s the best way we can honor ourselves, our businesses, and the world in which we live.

Johann Berlin is a serial entrepreneur, international keynote speaker and leadership consultant specialized in human and organizational development, mental health and well-being, and sustainable business and investing. Johann is CEO of TLEX Institute, providing over 1 million digital users with evidence-based leadership, breathwork and emotional intelligence training. His clients include top business schools like Harvard Business Schools and Fortune 500 companies like Amazon and Microsoft. A leadership writer at Harvard Business Review, Forbes, Real Leaders and Huffington Post, Johann is also Consulting Chief Learning Officer for Cooper Investors, a $13 billion private equity fund where he is integrating values-based investing principles into the firm’s culture fund. He is also Consulting Chief Learning Officer at Total Brain where he develops mental health and well-being content for clinicians, large consumer groups, and organizations. Johann is a leading voice on human-centered leadership, founding the Future of Humans at Work conference and podcast. Previously, he served as CEO and co-founder of Sustainable CitySolutions and was SVP of Sustainability and Strategy for JDI. As a board member, executive advisor and community volunteer, Johann is passionate about social ventures dedicated to resilient schools, local economy, prisoner rehabilitation, and youth leadership. Johann's TEDx talk has been viewed over 100,000 times. 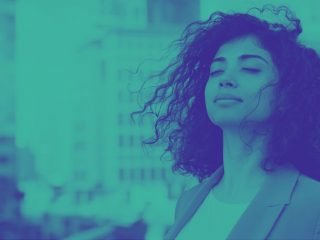