The transformations we are seeing in our life at home and at work are only likely to escalate in the coming years. Yet as humans, many of us find change and building new habits to thrive in that change hard, particularly when our jobs or the success of our businesses depend on it.

In an effort to better understand why change is so difficult, I sat down with one of the world’s top neuroscientists – Dr. Evian Gordon, PhD, MD – who has published more than 300 papers on the brain. Over the last 16 years, Dr. Gordon built Total Brain, a neuro-scientific assessment linked to the world’s largest brain database. In our conversation, we talked about why adapting to change is so difficult, and explored what neuroscience can tell us about building new habits.

Many of the leading companies we work with have launched change initiatives. In spite of huge investment in technology solutions and high priced consultants, they struggle to get buy-in – even when there is a clear need. From the literature you’ve reviewed and the data you’ve collected of close to a million people: What is the most important thing we need to understand about how the brain functions to understand why change so difficult?

Making lasting changes is so hard because “Safety 1st” is the core driver of brain function. ANY change (even if it’s beneficial) is perceived as a non-conscious threat to your brain’s comfortable repetition and overall stability. Change poses a threat to the stable certainty of your current actions and self-control. Moreover, it introduces the possibility of having to face the fear of failure as you transition into a new way of doing, thinking, or being.

Your brain’s inherent desire for stability and its fear of failure can magnify the threat of any change, fueling further resistance. So unless change is fully embraced by you and has an extremely high probability of success and unambiguous benefit to you — your brain is unlikely to change anything substantial (other than for brief periods or motivated by short-term enthusiasm that does not last).

I’ve observed that the leaders I’ve worked with who have successfully moved their teams and employees through change put a lot of attention on new habits, rituals, and practices. What can you tell us about how the brain generates new habits which allow change to stick even under the stress of needing to perform under pressure?

Neural networks that fire together — wire together. Most of the initial habit generation requires conscious initiation and effort. After sufficient practice and visualization, the habit is so well consolidated that it can occur without awareness of the implementation details and sometimes without a conscious trigger.We have seen that there are five key milestones to generate a new brain habit are: 1–7–20–30–1000. Habits are generated by daily small steps that give your brain a dopamine reward buzz. Habits are more likely to stick if you track your milestones.

Each milestone is a significant success. Your first training is a game changer. By the seventh, you learn the most about generating an effective habit. By the twentieth training, there is statistically significant habit engagement. Habit is consolidated on the thirtieth training. Habit becomes an automatic part of your daily life on the 1,000th training.

What has your experience been with building habits to cope with change? What has worked? What has not? We would love to hear from you in the comments section below. 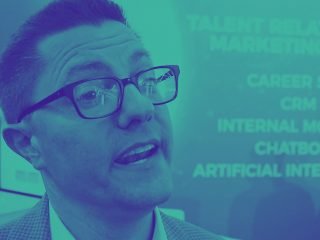 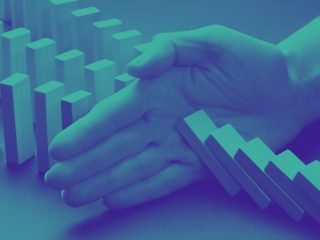 Next Post (n) Leading Through Disruption: How to Embrace Uncertain Times (Real Leaders)