While you may not be familiar with Louis Gagnon, he used to be senior vice president at job site Monster Worldwide, and then chief product officer and chief marketing officer for Amazon’s Audible unit, where he led a team that doubled revenue and KPI growth rates in less than 24 months.

Today, however, Louis is CEO and managing director of My Brain Solutions, which is building the first “Fitbit” for the brain – integrating neuroscience, mental health, and wellness best practices in ways that have never been done before.

But the path that Louis took to his position as CEO at My Brain Solutions – founded in 2000 by neuroscientist Evian Gordon – was not a typical one. “Three years ago,” shares Louis, “I met an Indian guru, and through his teachings I went on a self-discovery journey in the mind, consciousness, and self.”

For thousands of years, humans have been curious about the workings of the human brain and the interactions of consciousness, self, and mind. The ancient Egyptians left behind texts detailing early neurosurgical practices, and Greek philosophers debated the role of the brain in thought and sensation (Aristotle thought that the heart was where thought was centered, with the brain serving as a cooling mechanism for the blood). Vedic texts – written several thousand years ago in India – explore the nature of consciousness.

While at Audible, Louis Gagnon was invited to a retreat with Indian spiritual leader Sri Sri Ravi Shankar, founder of The Art of Living and the International Association for Human Values. This retreat profoundly affected Louis. Led by Sri Sri, Louis experienced techniques of the ancient Vigyan Bhairav, a 5,000-year-old text describing techniques that open up meditative and expanded dimensions of consciousness.

Profoundly impacted by the experience of silence and transcendence, Louis brought this ancient knowledge to his team at Audible. “Our team was engaged, opened and excited to have the rare luxury to focus on themselves as individuals – individuals as a conduit and lever to ourselves as a team,” Louis shares. “We all felt deeply rejuvenated and at peace with each other. That, ultimately, built trust – the ultimate ingredient to teamwork.”

The experience inspired a thought in Louis’s brain: “How can I take what is happening in my own mind and bring it into companies, at scale?”

The how was answered when he took the helm of My Brain Solutions with the goal of capturing a significant portion of the global wellness market. This market was estimated by the Global Wellness Institute to represent $3.7 trillion in revenue in 2015, with growth expected to exceed 17 percent through 2020. The fitness and mind-body category represents $542 billion in revenue, or approximately 15 percent of the total industry. Brain fitness is of particular interest to an increasing number of consumers, who hope to enhance the functioning of their brains while staving off memory loss. In fact, one recent study of older Americans revealed that memory loss is their number one fear – greater than terrorist attacks and being buried alive.

This continued growth in consumer interest around wellness and brain fitness provides Louis Gagnon and his company with a timely opportunity. Says Louis, “We are building the world’s first subscription-based digital brain fitness platform to allow individuals to assess and benchmark brain capacities and recommend personalized mind-body fitness programs.”

By combining the latest neuroscience discoveries with ancient Vedic wisdom, Louis and his team have delivered positive outcomes to a variety of well-established organizations, including Boeing, Kaiser Permanente, TEVA, and American Association of Retired Persons (AARP). As a result, Louis expects to double revenue this year while tripling the user base of the company’s MyBrainSolution product.

Says Louis, “We are providing a new way – based in ancient wisdom and emerging scientific discoveries – for anyone to boost their mental fitness.” And for an increasing number of consumers, this is exactly what the doctor ordered. 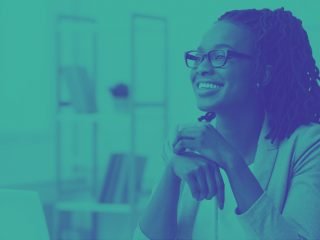 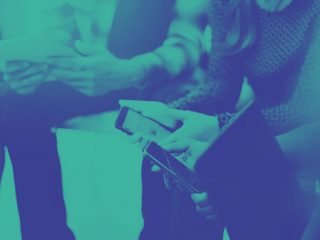